When I first saw it on the web this watch had me fooled, being engraved “To H.M. The Queen” I initially assumed it was a Victorian movement re-cased by the maker in 1922 or that someone had the case date wrong.


Then when it arrived I realised that the engraving was not the usual “By Special Warrants to H.M. the Queen” (or by Special Warrants to her and the Prince of Wales jointly or to “The Late Queen” etc.). From over a hundred English made Bensons this is the only one I have seen with this engraving or anything similar. 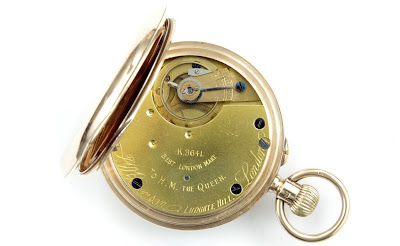 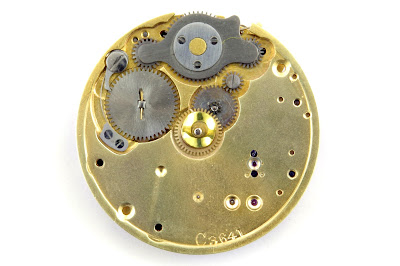 So, for some reason, Benson briefly marked at least one watch for Queen Mary even though they did not have her warrant. Having done a little research I can’t see any particular reason for it, other than perhaps for her 55th birthday or the marriage of her daughter. 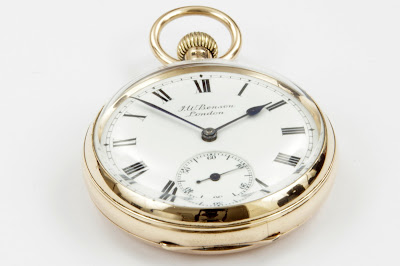