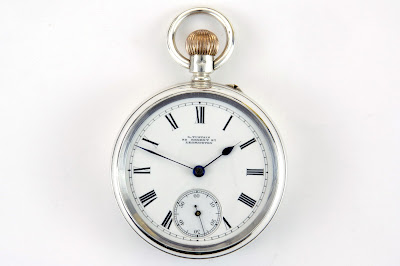 This watch case has the makers mark of Samuel Yeomans a medium sized maker from Coventry and a pillar of the Coventry watch making community in the 1890s and chairman of the Coventry Watch Movement Company (CWMCo) in addition to running his own business. 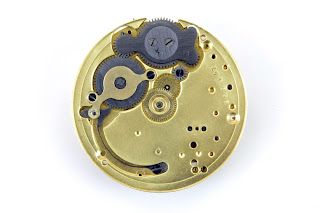 I was therefore rather surprised to find that the movement was by the Lancashire Watch Company, whilst the CWMCo entered into an agency (and pricing) agreement with the LWC to make good the CWMCo's lack of capacity to meet demand, this was for ebauché to be finished by local makers such as Yeomans. But this movement is a standard LWC product. 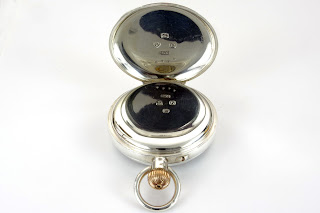 Wondering if it had been re-cased in a Yeomans case, difficult but sometimes possible with English movements, I checked the case very carefully and found it not only to be original but to have the LWC's maker's mark on the pendant which shows that they made the case as well[i].


One wonders why, apart from making money, a reputable Coventry maker and head of the Coventry Watch Movement Company was doing buying in complete watches to sell on to retailer, in this case L. Tustain of 82 Regent St, Leamington a company founded the year before this watch was made and still in business.

[i] Having a different makers mark on the pendant is not unusual as there were a good number of independent pendant makers supplying case makers but the LWC would not have been doing that
Posted by John Lashbrook at 15:21:00

Email ThisBlogThis!Share to TwitterShare to FacebookShare to Pinterest
Labels: LWC